OR
Send
Your Share has been sent
Favorite
Photos
Map
Tour
Need help calculating monthly payments on this home? Estimate your mortgage here.
powered by CINC
There are very few places in the United States where someone can lay claim to living in the home of a ''Founding Father.'' Edward Rutledge, signer to the Declaration of Independence, lived in this magnificent Georgian-style mansion from 1763 until his death in 1800. Rutledge also served as South Carolina's 10th Governor. Now known as The Governor's House, this home was first built in 1760 by James Laurens, brother to the President of the Second Continental Congress, Henry Laurens. His son John Laurens served as aide-de-camp to President George Washington and was a close friend to Alexander Hamilton. Sitting on nearly 1/2 acre just outside the original walled city, on the site of the former Charleston Orange Garden, the house has been altered and added onto since construction.The grand double house boasts Greek Revival wrap around piazzas as a Category 3 House listed on the National Register of Historic Places. In 1972 the home was declared a National Historic Landmark by the United States Department of the Interior. Original details are found throughout, including heart of pine floors, detailed moldings, 7 fireplaces, triple hung 9-foot windows and 12-foot ceilings. The main level of the property includes a grand entry with a sitting area, formal dining room, piano room, parlor, kitchen, reception room, office, powder room and one guest bedroom ensuite. Ascend the ornate spiral staircase to the second floor to find four guest suites, three with sitting rooms. Two guest suites are on the third floor. The ground floor, or terrace level has two guest suites as well as a studio apartment with kitchenette and a 3/4 bathroom. Two guest suites with separate sitting rooms can be found in the kitchen house. The large lot on nearly a 1/2 acre includes space for a large pool and pool house. There are currently 14 off-street parking spaces in the courtyard, accommodating ample parking for the residence. The mansion and kitchen house currently serve as an 11 room historic Inn with an Innkeepers studio.
0
out of 5
Memminger Elementary School
Public


The amounts for the Tax, Insurance, and HOA are estimates and not actual amounts.

Schedule a showing today with Carter Rowson to tour this property and review the listing in detail.

What video chat apps would you prefer to use?
(Optional)

You can keep private notes about the property here.
Write one now! 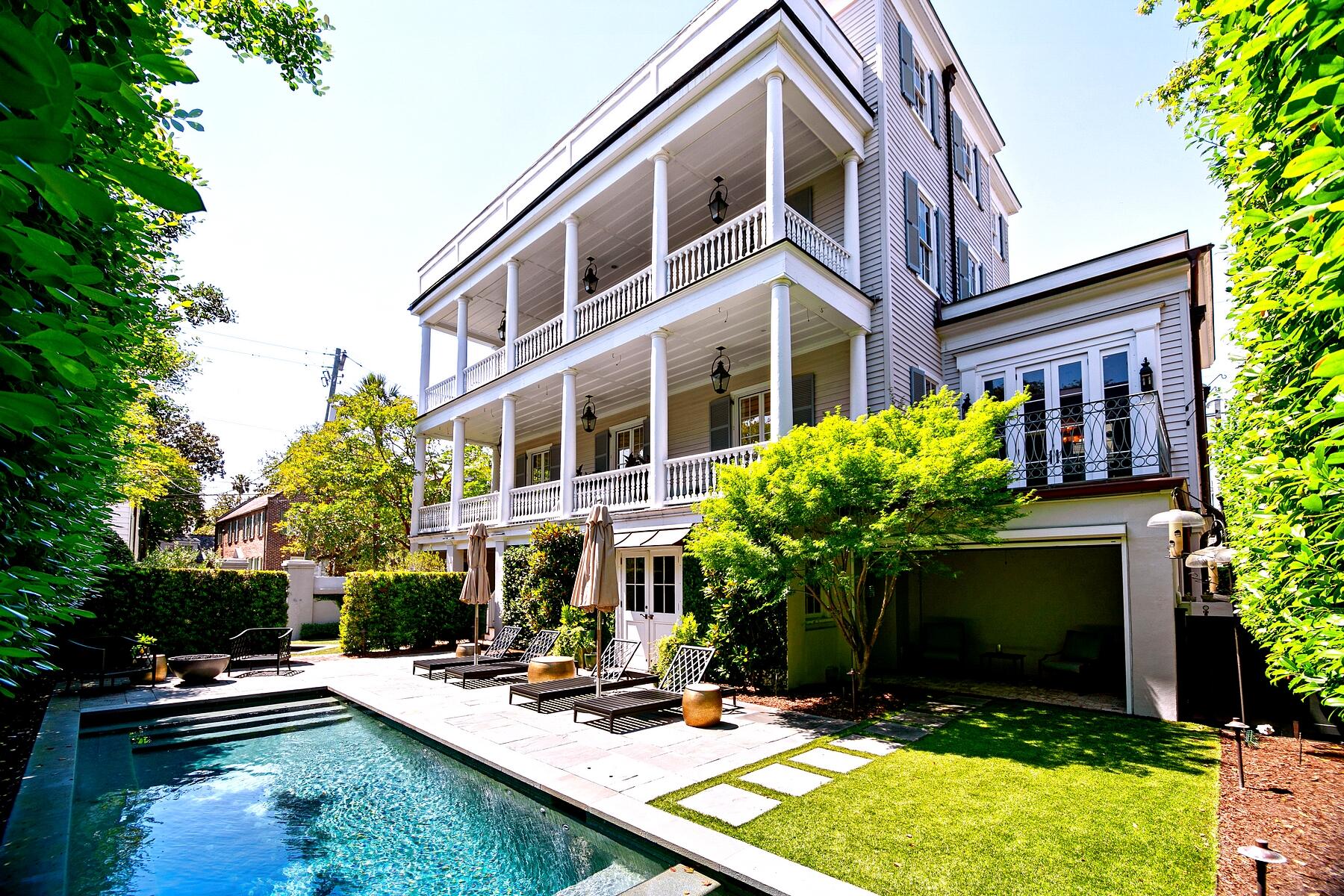 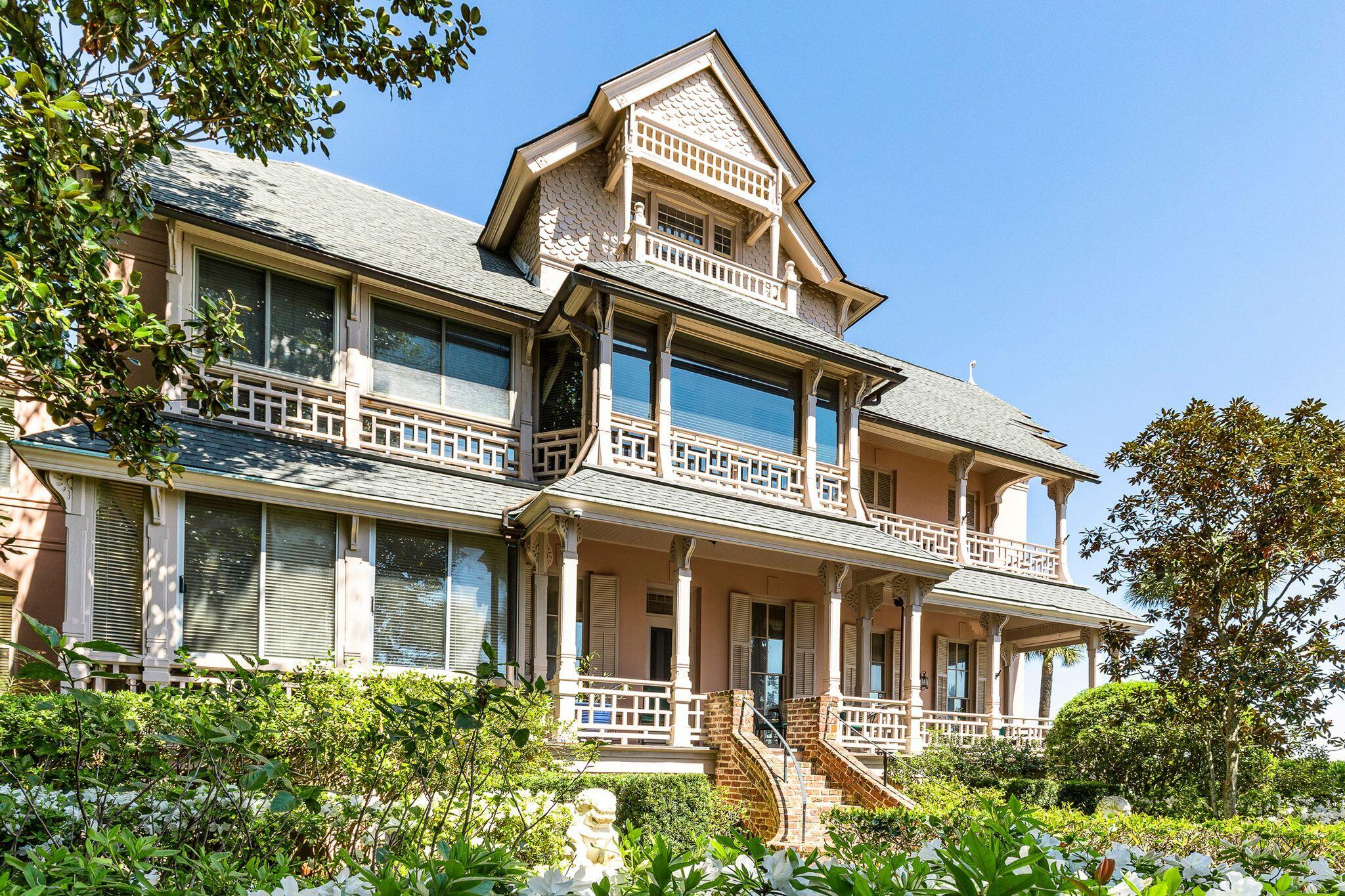 Search the full MLS and Exclusive Property Listings.
(Prices and inventory current as of May 21, 2022)

See local market activity affecting the value of
your home & maximize your investment.

We just need your phone number to finish creating your account.

To continue searching, you must agree to the Terms of Use.

For the best experience, please provide your cell phone number and select accept below to opt-in to our Terms & Conditions and Privacy Policy to begin receiving text and voice communications.